skip to main | skip to sidebar

Does Obama Walk On Water?

What is scary is that all the people that voted for this doofus are still out there and still believe he walks on water. The Democrat Party must be punished severely at the polls this November for what they have done to our nation.
Posted by What Was I Thinking? at 8:52 AM 35 comments:

Don't Give Up Yet

Obama and his crony anarchists have one, big disadvantage. The are underestimating us. These people are not cultural Americans. They don't know and love her like we do. They have no respect for our founding fathers and principles.
Posted by What Was I Thinking? at 8:43 AM 4 comments:

White House advisers are nearing a recommendation for President Barack Obama to choose a military trial for self-professed Sept. 11 mastermind Khalid Sheik Mohammed and four of his alleged henchman, senior administration officials said Thursday. The review of where and how to hold a Sept. 11 trial is not over, so no recommendation is yet before the president and Obama has not made a determination of his own, officials said. The review is not likely to be finished this week. Officials spoke on condition of anonymity because they weren't authorized to discuss private deliberations..
What was all that NYC stuff about then? I don't like having my head messed with.
They lean toward a NYC civilian trial, they lean away, they lean toward military tribunals, they lean away, they lean left, they fight to appear to be leaning right...

Back peddle back peddle..can OBAMA make any right decisions the first time.....

how many people has he fired from the white house once their past was uncovered? He stuck by them all in the beginning..how many tax cheats does he have? How many times has he smoozed overseas to get nothing in return? Did the olympics come to America?

Does ANYONE in the world take this guy seriously? Amateurs - Every one of them.
Posted by What Was I Thinking? at 5:00 AM 2 comments:

So the OFFICIAL position of our DEPARTMENT of JUSTICE, and PRESIDENT is:

1. 300 Terrorists were identified, tried, convicted, and sentenced, and now serve in Federal Prison. (By that lame-brain former President Bush!)

2. However, they CANNOT reveal who those individuals are, or what charges they were convicted of..... even to Congress!

3. And no one seems to care if any special plan is in place to prevent them from escaping, radicalizing other inmates, or murdering guards, etc.,

4. Nonetheless, we should use THIS method for all captured terrorists!!!!!!
Posted by What Was I Thinking? at 4:16 PM 3 comments:

Obama Turns down Invite to the 20th-anniversary celebration of the fall of the Berlin Wall.

President Obama has reportedly informed the German government that he will not travel to Berlin on November 9 to participate in the 20th-anniversary celebration of the fall of the Berlin Wall. It is an unfortunate decision on multiple counts.

First, it is another slight to another European ally -- one that is going all-out to celebrate the event. The invitation to Obama was extended personally by Chancellor Angela Merkel last June.

Second, it is a failure to correct the historical misstatement of his citizen-of-the-world address last year in Berlin, when he credited the fall of the wall to the "world standing as one" and failed even to mention the names of John F. Kennedy and Ronald Reagan.

There is simply no excuse for president Obama to turn down Germany's Chancellor Merkel’s invitation to Germany to celebrate the 20th anniversary of the fall of the Berlin Wall next week, None. He should be ashamed. I know I am ashamed for him
Posted by What Was I Thinking? at 10:04 AM 8 comments:

Horrific' rampage on Army base at Fort Hood

An Army psychiatrist who had counseled troops and was upset about being deployed to Iraq opened fire on a crowd of soldiers at Fort Hood Army base Thursday afternoon, killing 13 people and wounding 30, military officials said. Maj. Nidal Malik Hasan, a U.S. citizen born in Virginia to Jordanian parents, was wounded by a civilian police officer responding to a shooting rampage that is believed to be the worst ever at any U.S. base.
SO MUCH FOR THE RELIGION OF PEACE!
If this isn't terrorism I don't know what is. If Obama downplays this to just a "wayward troubled immigrant" it will be his Jimmy Carter moment and his slide to 20% approval will begin.
I guess that he was one of those violent right-wing extremists that Janet Napolitano warned us about...

The lefty’s hate-filled portrayals of President Bush. Was so a hypocritical

Is it just me, or have these liberals recently been guilty of hypocritical remarks more frequently than before? Maybe it’s just an illusion, but it seems that many are more eagerly giving up the facade of impartiality and logic in anticipation of defending the Obama administration or certain programs central to the liberal ideology. Especially on today’s Liberal blogs..
It was ok to call President Bush “Hitler” And to post pictures of him looking like a Chimp.
But now the shoe is on the other foot. The VERY same people who called Bush names, are now so upset at anyone that calls Obama names . What stinking hypocrites, don’t you think? .
And let’s not forget the pictures by the liberal blogs of Condi Rice holding a baby chimp. Or the liberal blogs calling Sarah Palin’s Downs Syndrome baby a “retard” or a “shoulda been abortion”. Or the mean vicious spews against Colin Powell calling him a House Ni**er.
Did you condemn the attacks on President Bush, as you now condemn the same kind of attacks on Obama? If not then you too are a hypocrite.
Posted by What Was I Thinking? at 7:41 AM 7 comments:

Hows This For "Change"?

What Was I Thinking? 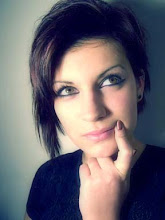 A Blog To Represent My Thoughts And Opinions. And A Bit Of My Ramblings

What Was I Thinking?
I am a very conservative red blooded American gal. I work hard play hard and love my family and friends. 38 years on this old earth has taught me that too many people spend their time staying stupid rather then getting informed. 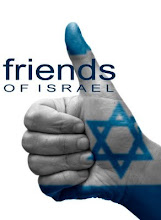 Do As I Say 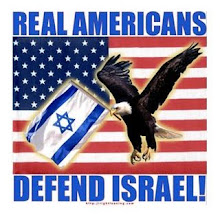